In the Federal Agency for Scientific Organizations a conference «The results of expedition research on research vessels of the FASO of Russia» took place. It presented over 40 reports on the results of the expeditions conducted in the Indian ocean, Arctic and Far Eastern seas, on the Baltic, Baikal, and internal water bodies. 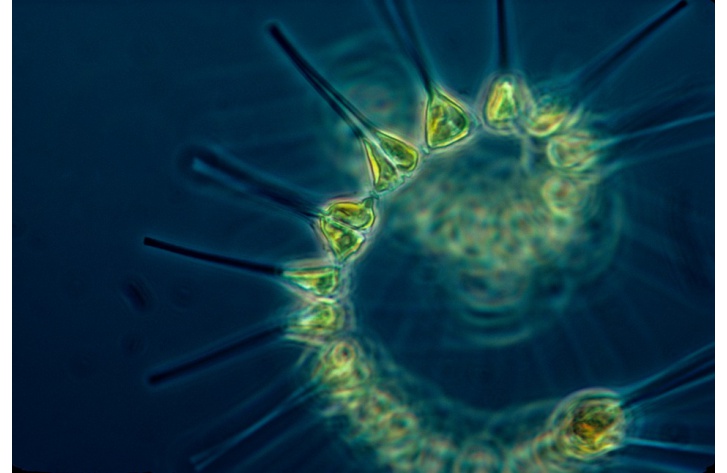 The first deputy director for science of Murmansk Marine Biological Institute of the Kola scientific center of RAS Pavel Makarevich told about a unique research in the Barents sea conducted by a group of specialists from Murmansk Marine Biological Institute, M.V.Lomonosov Moscow State University, South Scientific Center of RAS and Murmansk State Technical University. Studying the microalgae numbers of the Kola Bay under polar night conditions, the scientists found that among them the plants containing chlorophyll , a green pigment with the help of which they catch the energy of sunlight and perform photosynthesis, prevail.

«In the absence of sunlight chlorophyll breaks down. However, in the detected phytoplankton it was in the active form. There can be only two reasons for this. The first hypothesis is that microalgae which we observed are not obligate autotrophs in a strict sense. That is, they do not require photosynthesis for nutrition. If necessary, they may have heterotrophic nutrition, consuming energy from organic substances generated by other organisms. In this case the normal state of chlorophyll is maintained on account of heterotrophic nutrition. And the second hypothesis is that photosynthesis under polar night conditions is however impossible», explains P. Makarevich.

According to the scientist, both hypotheses have to be thoroughly checked in order to make final conclusions. But if it turns out that photosynthesis is possible under polar night conditions, this will reverse the modern conceptions of the bioresource potential of the global ocean.

«If active chlorophyll is a consequence of photosynthesis, it means that productivity of the ocean can be higher than we think now. Phytoplankton is the basis of the nutritional base of the marine biosphere. By its quantity the bioresources of the ocean are calculated, for instance, the fish quantity. If photosynthesis takes place even under the conditions of a polar night, it means that the vegetation period in the warm waters can be longer», notes P. Makarevich.

A no less important discovery in the sphere of studying the ecosystem of the Russian Arctic was made by the workers of P.P.Shirshov Oceanology Institute of the Russian Academy of Sciences (IO RAS). During the expedition to the Kara Sea they established that plankton viruses are able to destroy up to 20% of the bacterial flora. As the deputy director for marine ecology of IO RAS Mikhail Flint said, in the long run the results of this discovery can be used in the design of biological systems of treatment of contaminated waters and in medicine.

- Viruses act on bacteria as phages, they devour them. And even if at low temperatures they are able to destroy up to 20% of the bacterial flora, it can be assumed that viruses can be used to minimize or eliminate the consequences of a heavy bacterial contamination of water areas or in medicine. It is not a secret that today there is a pressing problem in the world regarding addiction of humans to antibiotics. Viruses can open a new era in the fighting of bacteria harmful to human. At that, I underline, the results obtained by us are fundamental. It is yet too early to talk about the practical application.

The scientist also noted that viruses contribute significantly to the productivity of water bodies. Due to the decomposition of bacteria, a great amount of low-molecular organic food enters the system. Along with phytoplankton, it plays a serious role in the food chain of this or that region.